Does religion need an update in 2020? What is God? I’ll tell you what I think.

OK. Another post to make you think. I’ve been a neurosurgeon for 20 years. Helped a lot of people. Watched a lot of people die. Every race. Every age. Both sexes. Most religions. I was raised in a somewhat religious family but I think a lot andI question a lot. I asked my dad what happens after die in my 20s and was horrified to hear him say “nothing”. Why do the various religions do what they do? What happens after we die? Is there a  God? What is God? What is immortality? What is our consciousness? Is there life after we die? I am not going to try and offend any single religion (but may offend them all as a group). I think it’s important to think about everything we do and religion is no exception. Again, just my opinion and not meaning to tell anyone else what they should or should not do. If you don’t want to read it, please don’t.

Age of The Universe, The Earth and Humanity

In order to look at religion and God, we need to get a feel for our place in the Universe. If you believe in science and scientific theory a lot of what we will talk about we know from analysis of the Earth, the stars, meteorites, fossils and what not. First things first.

The Earth is really old. The universe is even older…

If we extrapolate human life, humans have only been around for 6 million years, with modern humans about 200,000 years. That’s a speck in time compared to the 13.8 billion years age of the universe or the 4.5 billion years age of the Earth. You can argue all of the above as a creationist, but fossil and geological evidence says otherwise. If our arm was life on earth, then our time is a speck of dust on the tip of our fingernail. We are literally the fingertip on the arm of life:

If that doesn’t make you realize how insignificant temporally humans are in the scheme of things nothing will. Not only was the time without life on our planet long, but for most of the time there was life on our planet, we were never there. We have been an insignificant part in terms of presence in the life of the universe, the age of the earth and the time of living things on the Earth.

Now look at this clock the life of the Earth. Imagine those 4.5 billion years that the Earth has been around was one single day, midnight one night through the whole day and stopping at the next midnight. Humans literally turned up 48 seconds before midnight:

Humans have been around for 48 seconds in the 24 hours that is the life of the Earth.

The Age of Modern Science

From a point of view of science and perhaps philosophy, the modern age is only 250 years old. Isaac Newton created the concept of gravity after the alleged fall of the apple in the 1700s, barely 300 years ago.

If we look at the landmarks in physics it’s even shorter. Most landmarks in modern physicians occurred in the last 100 years:

The Age Of Religion

OK. Let’s move onto at religion. Religions all fall into the basic structure below:

These are a lot of the main religions nowadays:

If we think of a wagon wheel, we are all on the outside of the wheel. “Enlightenment”, reaching God or whatever you want to call it is the center. The spokes are all the various religions that get us there. Maybe all the various ‘rituals’ that we have we our religions are on the spokes and each spoke is different.

How long have we been practising religion? Not as long as we think:

Modern religion is probably at most 4000-5000 years old with many less than 1000 years. Here is a nice diagram showing a few events as predicted  again suggesting nothing an age of 5000-7000 years for religion.

The Average Life of a Human 5000-10000 years ago was not great. Depending on where you lived most it was the beginning of the end of the Stone Age. Life wasn’t wretched. violent, hard and scary.  You can read about it here. Ok.  We can go back in time 2000 years ago,  the heyday of most religions in terms of activities. Think of Egypt, Think of Pompeii. Think of the Romans. Modern science had not appeared. Hygiene was suspect. Understanding of nutrition, sanitation etc poor. Human rights were not respected. Life could be miserable. There was slavery. There were no antibiotics. Clean water was not the norm. This is  the start of when a lot of modern religions appeared with the promise of salvation in the afterlife or its variants,  if the various tenants on that spoke of the wheel were followed. This was before modern science. This is before we understood how the world was created. This was before physics and science matured to a point in could explain much about the world. Religion appeared when life was miserable, The first  first books were printed less than 1000 years ago so for common folk, most knowledge was shared by word of mouth.

Modern religion seems more focussed on the rituals than anything else, living life on the spoke:

The humanistic and whitewashed version of God as the old man in robes is probably a relic of where religion came from. We see God as an old man in robes. Sometimes we see God as Samuel L. Jackson! The humanisation makes us as a species feel special. We are created in his/her image and are above all other living creatures. It gives us purpose and meaning and probably worked well 1000-2000 years go when life for the average person was bad, education was not the norm and death always around the corner. In 2020 we can look way beyond the short timeline of modern human existence. We can see beyond the now. We can see where humans fit in on the biological tree, age of the Earth or age of the Universe. A lot went on before humans appeared.

Einstein had a famous letter that was rewritten by a fellow physicist.

It’s in German so don’t squint too hard.  The main  points to think about are as follows. Einstein is to have said:

He referred to holy scriptures as “a collection of venerable but still rather primitive legends”.

Let’s pause for a second and review the three laws of thermodynamics:

Read the first and second and think about how the universe developed and the fact we die. I think this plays very well into modern religion. We talked about death before. Energy cannot be created or destroyed.

Something created the Universe. What created it? There are 2 main theories:

Maybe our energy is what passes on. Maybe modern religion should recognize our place in the world, in the animal kingdom and also accept that our consciousness and the physical from cease to exist after. Is energy the key? Is energy what created the universe? Is our energy what passes back to the Earth and continues on giving us immortality? Is God the energy that created everything?

Humanity has fought wars for centuries over religion and will keep fighting them unless we change. Most religions seem to be caught up in the rituals of the religion without focussing on the central tenant. Every religion has its messiahs, prophets, Holy Days, baubles, restrictions and rules. Are they necessary in 2020? Religion appeared at a time of fear and ignorance and mostly wretched living. In the Western world that is not 2020 (assuming COVID does not wipe us all out).

Perhaps in 2020 we need to recognize the spokes on the wheels don’t matter.

Something created the universe. Some form of energy probably. Probably not anthropometric. Not human in shape or form or thought. Maybe that creative force is what we call God. Perhaps, when we die, our energy lives on, just like the first  and second law of thermodynamics:

When we die we lose our consciousness. We lose our physical being. How then can we be immortal. Parents know. Our DNA persists in our offspring. There is our immortality. Our physical form will pass. Our consciousness will be turned off. Heaven or Hell or whatever we call it, is probably here, right now in this world.Coupled with DNA, our energy returns to the Earth. First Law of Thermodynamics- energy can be neither created or destroyed, it simply changes from one form to another. That’s us. Our energy lives on in another from. Death is the merely the portal to that transformation.

So What Do We Do?

Look at the wars. Look at the money being diverted to prop up religions.

In 2020 science should be married to humanism, being good people, now, as the way we should live our lives.

Faith is the belief in an almighty power. Faith is belief in something after this life. Faith can still be a part of our lives Science and this cosmic religious belief fit into the faith model but they don’t anthropomorphize  good to everyone. It gets rid of the crosses, the holy books, the turbans, the yamakas, the Hindu threats, the prophets, holy men and what not. Those things make us fight that one spoke is better than other. Truth is at the center of the hub.

Treat everyone with respect. Pay it forward. No religion is better than any other. Don’t get too caught up in rituals.

Move to the center of the wheel- don’t live on the spokes. Have faith that something amazing created us, the Earth, the Universe an it had a lot of time to do so. Some kind of cosmic energy that we can call God.  Our energy lives on and is immortal. We need to realize our place in the order of things in the Universe. As Einstein said:

We need this update  to religion and God in 2020 and the 21st Century. We need to not fear death as Montaigne, the great French thinker said:

Something needs to change.

Comments, likes, dislikes? I tried to offend EVERY religion as a group not any one in particular. Feel free to leave a comment below or share.

8 thoughts on “Religion and God in the 21st Century” 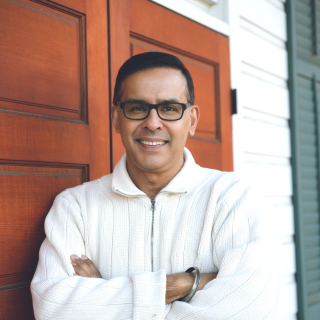